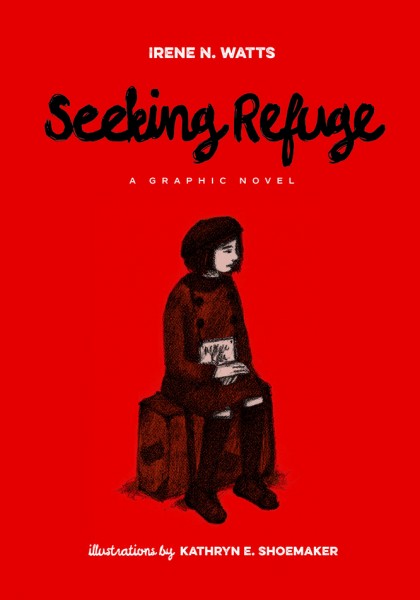 Eleven-year-old Marianne is fortunate. She one of the first two hundred Jewish children on the heroic rescue operation known as the Kindertransport, which arrived in London, England in December, 1938.

Life in the new country seems strange, her few words of English and her attempts to become an ordinary English girl are not enough to please her foster mother, who wanted a girl as a domestic servant. Marianne deeply misses her family, whom she had to leave behind.

With the outbreak of World War II in 1939  Marianne finds herself being evacuated to Wales. She is shuffled from one unsuitable home to another– (em dash)but there is a surprise in store and Marianne’s courage and resilience is finally rewarded.

The Kindertransport ultimately  saved of almost 10,000 children from Germany, Austria and Czechoslovakia in the nine months preceding World War II was a unique and triumphant human effort. Marianne’s story is based on the kind of events that were actually experienced by the children. Author Irene N. Watts was one of them, arriving on the second Kindertransport in December 1938 at the age of seven.

Irene N. Watts was born in Berlin, raised in the UK and emigrated to Canada. She is the author of numerous books and plays for children and young people, among them Goodbye Marianne and No Pets Allowed. She lives in Vancouver.

Kathryn E. Shoemaker is the illustrator of many books for children, among them A Telling Time and My Animal Friends. She teaches children’s literature at the University of British Columbia.

was born in Berlin, emigrated to Britain on a Kindertransport in 1938, and moved to Canada thirty years later. She is the author of many books and plays for children and young people.